A question in our local newspaper prompted this one...
"Did you get a bike as a child? Do you have one now? Was it a treasured gift? Did you buy it new or was it a well-used hand-me-down?
One of the oldest names in bicycles will cease production in Canada by the end of this year.  Share you memories..."

Growing up in with a middle-class income meant that luxuries were definitely hard to come by and a new bicycle would definitely be classified as a luxury.

My father, a hard-working school teacher, however, was not going to deprive his offspring from learning a skill.  One summer holiday, (we always went to my grandparents who lived in a large city) when I was about 11 years old, he rented bicycles by the hour from a rental store and spent many an hour teaching me to ride.  We did know that when the holiday was over there wouldn’t be a bicycle for me to ride since my school was in an isolated town with no bicycle rental shops. So it was with a heavy heart I bid adieu to my rental bike.

I woke up on the last day of the holidays to hear the incessant ringing of a bicycle bell and rushed out to see a beautiful new shiny black bicycle in the foyer.  I could scarcely believe it was for me.

Turns out it was a that my father had carefully restored and painted.  The was inherited from his father during the pre-independence days sometime in the 1940s and had been lying forgotten with a pile of junk.  Despite that, all it really needed was some cleaning, oiling and new tubes for the tyres and it was good to go!

With great ceremony the bike was strapped to the back of the auto and then onto the bus.  (A pedal had to be removed to accommodate this and I carried the pedal with me at every stop we got off)!

I have spent many a happy hour cycling all over on that bike. My best friend at that time had got a bike too and you can imagine the shenanigans we would have been up to!

A particular incident that comes to mind is free-wheeling down a steep slope (to impress my classmates), but ending up loosing control and landing ignominiously at the bottom of a cypress tree! 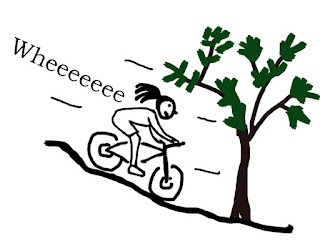 I had the Raleigh for several years but way back in 1990 we gave it away to an impoverished student who had to travel miles to school and don’t know what became of that bike since.

Posted by Mobius Circle at 7:16 AM 3 comments: Links to this post

One more Hindi Movie or should I say one and a half?

Dedh Ishqiya (dedh = one and a half).

While it's a clever move naming a sequel as one and a half the original -  one can't help wondering if it's just meant to be a filler for the actual sequel.

The first movie "Ishqiya" was an original, witty movie that has a raw rustic setting, a refreshing change from the over glamorized foreign locales that have been unceasingly thrust upon us.  The plot was original and I daresay the dialogues must have been witty too - given my not so great knowledge of Hindi, I probably wouldn't have caught the puns etc.

"Dedh Ishqiya", unfortunately is so afraid to stray off the Ishqiya path - its like everything is repeated over again, with a new supporting cast of characters. Madhuri does look lovely and gives an admirable and restrained performance.  I am not a big fan of Nasseruddin Shah - I think his acting in "The Dirty Picture" spoilt the little bit of reverence I had for his acting.  And in this movie I just wanted to throw something at the screen when ever he appeared.

The worst part of the movie was Madhuri trying to say "Iftekar" much to endearingly and Shah wallowing in it.

The one scene I did enjoy was when Huma sets out in search of a Salim, face hidden by a veil.  "I'm looking for Salim", says she.

But all in all I would be happy to rename this on "Dead Ishqiya"!

Some of the songs are lovely though...

So I have been watching some Hindi movies.  Now all of these were released quite a while ago - so I don't really need to add the disclaimer about spoilers not that there are any...

First off - the title song is really enjoyable and I love the subtle use of the word "Raanjhanaa" in it.

I was always under the impression that Dhanush couldn't act and was riding on father-in-law Rajnikath's fame.  I was pleasantly disabused by this movie.  I enjoyed his restrained acting even through some of the silly  melodramatic scenes.  And his forcibly dragging Sonam to get her reunited with Abhay smacks so much of "Hum Dil De Chuke"... It's a funny kind of movie - there's too much of a mix of themes and plots so it doesn't end up being wholly satisfactory...

"Dhoom" has been firmly associated with the heist movie genre.  We go with a specific mind-set expecting some clever capers, fun getaways and absurd dialogues. When you veer off the standard formula - you do get disappointed in not seeing how the jobs were pulled off.

Katrina has absolutely no empathy with the audience and that totally spoils a movie.  Very much like Aishwarya Rai.  Look at Shah Rukh Khan - most of the time he is hamming - but the rapport he establishes with the audience - that's what made him a star...

And then Aamir Khan - I somehow find his carefully contrived re-invention a little too artificial for my liking.  So when you get Mr. Take-me-seriously essay a light hearted role- it doesn't quite sit well. Ironically though, the whole movie rests on Aamir's shoulders and if it weren't for his decent acting it would have been Doom 3.

"English Vinglish" in a new bottle.

However, that being said - its an enjoyable feel-good movie. Some of the scenes were really original and fantastic - like Vijaylaxmi yelling out of the balcony, Rani's do it for India "lip-to-lip" kiss, the scene in the hostel with her undergarment... There were some totally ridiculous scenes too - the one with the lizard for instance and the one in the sex shop - come on - don't resort to juvenile humor...

Posted by Mobius Circle at 11:51 AM 2 comments: Links to this post

Posted by Mobius Circle at 2:16 PM 2 comments: Links to this post

Very competently written but utterly without a soul.  And it gets tiresome this immigrant experience.  Why must the fall hues be  "cayenne" and "turmeric"? However, it's so obvious that when Lahiri strays off her typical immigrant experience style she's lost.  "The Interpreter of Maladies" was fantastic, moving onto "The Namesake" you can feel the tinge of unease when she writes about the second generation.  "Unaccustomed Earth" sure lived up to its name - the stories seemed so forced and disjointed - and now we have here "The Lowland".

Read "The Twentieth Wife" by Indu Sunderasan. I'll give it a marginal pass but must say that I was educated about Mughal history.  For instance, I remember blindly memorizing, "The book "Ain I Akabari" was written by Abdul Fazal," waaay back in School at least now I know what it is about and who Fazal was.  Also got the lineage starting from Babar to Aurangazeb (my History teacher's chin would be glued to the floor at that) and never knew that Mumtaz Mahal's real name was Arjumand or that she was niece of Nur Jahan.

Sooooo glad the Oscar did not go to "Gravity" (I have not seen the movie).  Let me explain "Gravity" is a total fantasy and I would say 85% of the movie comprises special effects.  Given the Oscar committee would not consider giving "ET" an Oscar it would have been a slap in the face if "Gravity" had got it.

And this long and cooooold winter has me thinking "Where is the spring and the summer..."

This in turn reminds me of:

And that leads to another classic:


Posted by Mobius Circle at 3:35 PM 4 comments: Links to this post

Should auld acquaintance be forgot...

...and never brought to mind?

New Year - watching the ball drop in Times Square - and hearing these lyrics.

Being human I don't think it's that easy to just forget old acquaintances.  When you are younger you want to get to the future in a hurry, forget the past and move on.  As you grow older you find yourself catching up on old memories... remembering each and every one of your old acquaintances even the ones you want to forget about.  And the interesting thing is that time changes your perspective, the ones you thought were hideous, scary and terrified to cross paths with - just cheeky kids.  The bold, confident ones - well they were mired with the same insecurities and self-doubts you had they just hid it better.

So coming back to should old acquaintance NOT be forgot – then what do you do?

Then what if you had the patience to wade through those results and narrowed them to about 100 to 200 likely possibilities.  Well – you start contacting them one by one.

Which is exactly what my classmate, friend and let's not forget rakhi brother B did... and that's how we caught up after 20 plus years!

I studied in a wonderful school tucked away into the Alpine like settings of the Western Ghats till half of Grade 11.  Then Dad moved and fortunately we moved to another picturesque town still surrounded by those wonderful hills.  I transferred schools mid-way, as you can imagine at a kind of awkward age into a totally different system and unfamiliar society.

To my pleasant surprise all of my new classmates were exceedingly friendly and cordial and made me feel totally welcome. In no time I was at home and made some really great friends.  We grew really close.

Then out of school into the big bad world... and some how as time went by I completely lost touch...As stated earlier those days it was all about doing well in college so that you had good scores for applying to Masters, filling in forms and paying the high fees for TOEFL and GRE.  Filling in more forms and paying even more exorbitant application fees, attending interviews ... and so on...your new acquaintances and friends took precedence over the old ones as they faded into the recesses of your memory.

Until now - I am so glad to have reconnected.

To ties that endure...
Posted by Mobius Circle at 8:00 AM 2 comments: Links to this post 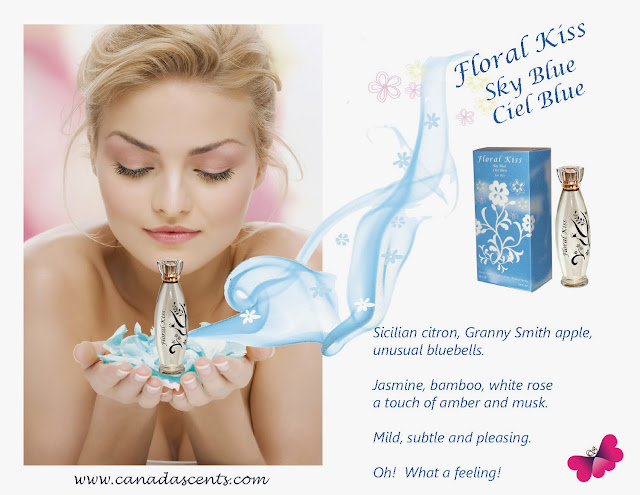 This one is for fragrance house: Canada Scents
Posted by Mobius Circle at 7:00 PM 2 comments: Links to this post